The key elements of true lyricism are – in no particular order – flow, content, creativity, consistency, staying on message.

Thus, these are the most outstanding hip hop eMCees over the past 20 years. . Peep:

Andre3000 check 13th Story/Growing Old from ATLiens, or The Art of Storytelling 4 for his best work, though factually and subjectively The Greatest eMCee of All Time. I challenge you to find one lazy rhyme, line or vocal. The thing with Andre? He’s evolved from Southernplayalistic to ATLien to the amazing work of art Aquemini through Stankonia, The Love Below and yes, Idlewild. Growth akin to say a Radiohead in rock & roll; he’s not what he was, but he’s more him than ever. Amazing growth, maturity, intelligence, wisdom, talent, skill & execution.

Mos Def from Blackstar to Black on Both Sides, Mos was consistently the most heart-felt, artful eMCee in the land. Evocative, emotional, intelligent & mature; a rare combination in hip hop. Fell off slightly during The New Danger/Black Jack Johnson phases, but returned with an authoritative revitalization with Ecstatic. 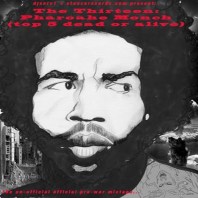 Pharoahe Monch who? why? isn’t that the screachy guy that yells? Indeed. Since the days of Organized Konfusion, Pharoahe has pushed the envelope of singing/preaching in the context of his complex, layered sonnets. Tracks such as Agent Orange & The Healer showcase his relevant, political leanings, and his intelligence and awareness of The Modern World is second-to-none in hip hop. Remains underappreciated, and just like Mos & Andre, does not waste a verse.

Jay-Z/Eminem/Nas each has received enough accolades, album sales & kudos to last seventeen lifetimes (see below lists). Each deserves the credit, and though the trio probably has enough content/stories/rhyme scheme creativity, longevity to speak for themselves, I tie a common fault with each in that there are ALWAYS one-to-in-the-case-of-Nas-five tracks per album that are just lazy, cliche & there to check a box. While Nas’ first album, Illmatic, remains an artistic and lyrical icon, his steady downfall (laziness) has relegated him to the second ‘tier’ of true lyrical stardom.

Other notables include Notorious B.I.G./Tupac (though both were extremely reliant on image and thusly coasted on too many tracks, specifically on their respective double albums); Rakim (basically invented the ‘modern’ flow, though in the prism of retrospect, content lacks); Guru from GangStarr (maturity, content, voice, but ‘the king of monotone’ really did get old); Common (post-Like Water for Chocolate, though, guy really adopted the Neo-Soul thing and just split); Phonte (from Little Brother – completely underappreciated and essentially put 9th Wonder on the map, but peep ‘Last Day’); J-Live (raw deal from the days of raw shack, Longevity was amazing and has consistently released crate digging albums for lyricists to enjoy for 15 years); One Be Lo/One Man Army (formerly of Binary Star, one listen to his verse on KGB or ‘I Know why the caged bird sings’ and you’ll understand); Method Man (consistently impressive despite the pothead facade; in particular, his rhyme scheme evolves with each album, even after all these millions); Big Pun (negative points for content, but an amazing flow. Amazing).

Following in the footsteps of Hip Hop Renaissance and Renaissance II, YKI Records has just released Hip Hop Renaissance III: A-Side/B-Side, featuring more of the late-90’s through 2004 sound, or the third Golden Age of Hip Hop. Jean Grae, Phonte, Murs and 9th continue to define the sound,  as the ‘Jay Dilla’ era/influence is definitely in full effect. Check out the new joints from Jay Electronica & Black Milk for a newer, credible sound.  Enjoy, and hit me for a copy.